On the Street Where I Live 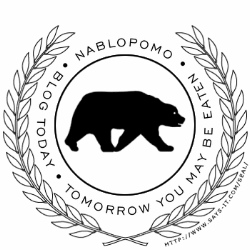 I live in an older part of town (well it’s older than the “newer” parts of the city – but it’s not “colonial” or even “turn-of-the-century” old). Our streets are narrow, twisty, and have no sidewalks. (Which I think is an amazing thing because all the other towns/cities I've lived in there’ve sidewalks - unless you’re in the country.)

At the end of my street is a “green space” bordering both sides of a creek. That’s urban talk for a “park with a path”. The park is a popular destination for the dog walking contingent of our neighborhood. There’s a lot of activity on my street every morning – indeed at all times of the day – because at the opposite end of my street (from the green-space is a bar … now let us take a moment to glory in the idea of a B.A.R. at the end of the street. At the uphill end of my street. We will now observe a moment of silence for the beauty of God’s plan to place a bar at the end of my street. A location that allows me to exercise (I apologize for the dirty word) on the way TO the bar, but requires little effort to RETURN home.)

This morning was trash/recycling pickup day. As I took out my garbage to the ‘curb’ I noticed a very big semi driving on the road, parallel to the creek, which intsect my street. He had an even bigger backhoe on the trailer behind his cab. When he passed my street and headed out of sight two thoughts crossed my mind. Uh-oh, there goes another house in the neighborhood. (I live in a very desirable location and the older ranch houses from the 40’s-50’s are being torn down to build modern monstrosities) and, hmmmm – I wonder if he knows how tight and narrow and twisty it is that way … and how will he get out of here?

10-minutes later I was back outside placing my recycling (wine bottles and newspapers) on the street … and faintly – in the back ground I could hear, “beep-beep”, “beep-beep”, “beep-beep”. I thought, “Oh he’s having to back up – but at least it’s not one of those amazingly LOUD, “BEEP, BEEP” warnings". So, then because I’m easily distracted … I stood there like an idiot with my mouth open as the end of the trailer slowly backed down the street.

I have to tell you, “slowly” backed down the street is a relative term. Compared to his previous forward motion – this was slow. Compared to the speed most cars travel on our street, this was slow. But, keeping in mind how difficult it is to BACK A TRAILER … this was race-track fast. Steadily the back-end of the trailer, the part with the loading ramps, came into view – straight into view. Then, the flatbed of the trailer appeared. Inch by inch the scoop of the backhoe revealed itself. And the semi kept backing up at the same speed. I am so easily amazed – I stood in my driveway – until the cab came into view. The truck driver glanced my way (I’m sure he was thinking, “Red, have you no pride? Standing in the out here in your flannel pajamas?”) and kept on backing up. Now that I could see the cab – and the driver – I saw the front wheels of the rig – rotating from side to side – slowly and smoothly – which enabled the whole progression to continue majestically, without faltering or mistake in the backward direction. All the time, the driver was closely watching both of his mirrors – swivling his head from side to side –checking out his progress. When we made eye contact I smiled a big smile (‘cause I’m weird that way) and went inside to finish getting ready for work.

10 minutes later I was on my way out the door – and there – still at the end of my street was the semi. The driver had exited the cab and was walking around his rig. Never one to keep my thoughts to myself, I backed out of my driveway, and down to the cross street where he was stopped, placing chocks behind the wheels of the trailer. I backed a little further – so I could see the far side of his rig – and there I beheld him. Aerosol can and rag in hand – cleaning the side-walls of his tires!!!

Now – I don’t know how many of you have towed trailers. Once you learn that your turning radius is different – and your stopping time is longer – there’s not a whole lot to going forward. But backing a rig?! It’s like in the morning when you look in one mirror with your back to another mirror so you can see to do “something” to the back of your head.

With a vehicle and trailer you turn your steering wheel, left – so the back of the front tires go right. Which in turn causes the end of your vehicle to go left – so the thing you’re backing will go right. Of course adding the degree of difficulty is how long is the vehicle and where is the hitch/gooseneck in relation to the back of your vehicle and the trailer. 5th wheelers and goosenecks turn “quicker” (really I’d say “jack-knife” easier) than an extended cab truck with a 32 foot trailer. But it takes skill – and lots of practice – to go back in a straight line – never having to pull forward to straighten out the trailer. And this guy did this for a least 300 yards! And now – pulled over to the side of our green-space he’s cleaning the rig!

I continued backing into the "park" so I could catch his attention. When I did, I rolled down my window with a big cheesy smile on my face. He looked up from his ministrations to the tire and with a cautious look on his face as he walked in my direction. I felt bad – because I knew immediately he thought I was going to say something about where he was parked. With an ever widening smile I said, “Man – that was an amazing job of backing that trailer, my hat’s off to you! You did a great job – I couldn’t do that in a 100 years. From one trailer towing person to another – “Bravo”!

I think I made his day. The size of his smile eclipsed mine – and it lit up his whole face. In fact, he blushed – but still beaming he said, “Ahhh, it wasn’t that good, it’s just my job”. “Well, I can tell you’re good at what you do – and I just wanted to let you know I noticed”, I said as I pulled away.

You know – I’m not sure who had a bigger smile or was happier as I pulled away. Him because some red-head admired his abilities – or me. Because I know I made his day by saying, “Job well done”.