The Kind of Christian I am 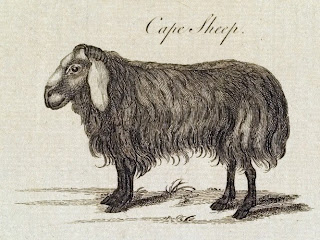 Today in Sunday school, most of the women were gone - they were off on a weekend retreat. So it was me - and "the guys". (Well I wasn't the ONLY woman, but we were definitely the minority).

The man teaching today’s class says that he got to thinking about what separates Methodists from other denominations and so he started looking at the ... err - uhh, "Book of Orders" or some such thing. It's the "tenants" of Methodism. (There are 29 of them. We got through 15 I think)

Anyway ... He started off with the story about what England was like as John Wesley began Methodism. The wool industry was the biggest enterprise in all of England - and urine from citizens was purchased for the dyeing process after wool is spun into yarn.

Methodists, because they didn't drink (back then) were paid a premium (supposedly) for their urine.

OF COURSE, you know me ... I cannot quiet keep it straight when I should just THINK things and not SAY THEM. And so as he took a breath, to start the lesson, out popped,

"Well, I guess that means I'm a 'Piss-poor Methodist' doesn't it?"

There was a moment of stunned silence ...

... then the laughter broke out.

"That's what we love about you. Your honesty, Mit."

And that's what I LOVE my Sunday school class, they get me!

Email ThisBlogThis!Share to TwitterShare to FacebookShare to Pinterest
Labels: He hasn't lost patience with me YET

I understand the concept of "inside voice" and "outside voice". BUT Why is interior voice and external voice so DAMN DIFFICULT to control???

It's a family tradition sis!

You were just blessed with a
quick mind but no brake !!!! *o* tp