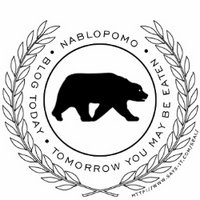 One of my favorite columnists is James Kilpatrick. He writes two different columns. One dealing with Appellate and Supreme Court Cases, and another called The Writer’s Art. Today on the Op Ed Page of my local paper was his story originally published 11/1 under the title, “Death in the Desert”. The particular article combined the topics of being a writer and a court case.

Go here to read it: http://www.uexpress.com/coveringthecourts/

Here’s a summary, in case you’re too lazy to cut and past the link.

A bright kid participated in a creative writing class. As part of the curriculum they were asked to keep a personal journal (sound familiar?). In his journal he began a story called “The Costume Party”. When he had four chapters done he asked if he could read a portion of it to a group of outstanding students who meet for “Latin at Lunch” (clearly not your average group of kids). A faculty adviser reviewed the story before she’d allow him to share it with his peers. Upon reading the story the adviser went to the school principal, who in turn summoned a psychiatrist. Why? Because the story was a violent Halloween story. The punishment for writing this story was a 30-day suspension from school! The parents of the child have sued the school district for the way the district handled the whole event (which includes the psychiatrist interviewing the child without notifying the parents first). The suit has now moved from U.S. District Court to U.S. Court of Appeals and is now petition No. 06-542 in the Supreme Court.

Here’s the deal … I’m having a hard time determining what I think of this case. Clearly I think the teacher/principal/psychiatrist were wrong to interrogate the boy without his family or legal representation present. But I keep coming back to the underlying concern of the teacher.

Was she reading a story or some kid’s manifesto on how he was going to get even with his classmates for perceived or real slights? On the one hand I want to say, “It was a story, he’s a boy, he was being creative! Get over it.” On the other hand, there have been too many cases of school violence perpetuated by ostracized children. Where does good sense enter in today’s society … and personal liability leave the room?

I can’t help wondering what the ramifications would be if she’d just assumed it was a story and didn’t mention it to her supervisor. If another school tragedy had occurred with the child as the instigator and he followed the script she read, would she be charged with neglect on her part for failure to notify the appropriate people?

As I write this, I guess the bottom line is not that the teacher chose to notify someone above her, but that the boy’s parents weren’t informed from the beginning as the school investigated the allegations.

Next question … is there a bigger context here? What if he weren't a middle school student, but a college student in a creative writing class. Are there the same concerns? Or by merely being involved in a writing course is one accorded a different level of discretion for what they write? I mean it’s not like Stephen King or Peter Straub are analyzed by the mental health industry because they write stories about destruction, world conquest, and revenge. Hmmm or are they? Should they be analyzed? How is imagination evaluated differently from intent?

Hmmm, interesting post... I agree that I think it was handled very poorly. If the teacher had some concerns the teacher should have called the parents... unless the issue is critical, parents should always be first.

As far as the subject matter of the student's story... this is out of context. If the student is prone to emotional outbursts or seems overly upset on a regular basis... if the teacher sees behavioral signs or has had a feeling that the child might have some issues... then I can see where the teacher may contact the parent and say... "hey, i've got some concerns over Jr.'s behavior at school and I just saw this story and frankly I'm concerned. I think it might be good to just give him an opportunity to chat with the school counselor"

That's way different from what happened though.